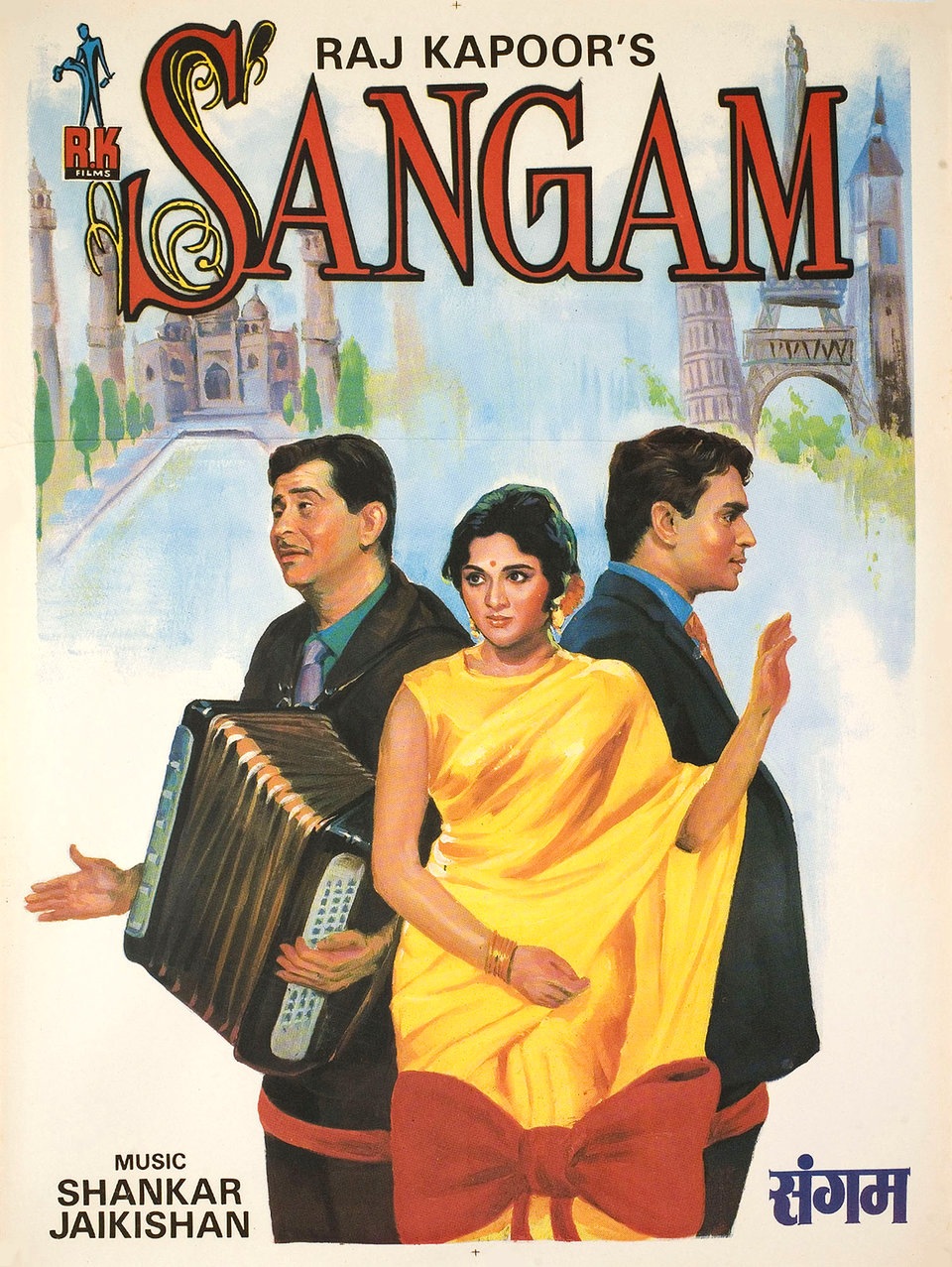 Sangam  is a 1964 Bollywood romance film, directed by Raj Kapoor, written by Inder Raj Anand, and produced by Kapoor with Mehboob Studio and Filmistan. The film stars Vyjayanthimala, Raj Kapoor and Rajendra Kumar in the lead roles, with Iftekhar, Raj Mehra, Nana Palsikar, Lalita Pawar, Achala Sachdev and Hari Shivdasani appearing in supporting roles. Sundar (Raj Kapoor), Gopal (Rajendra Kumar) and Radha (Vyjayantimala) have been friends since childhood. As they grow into adults, Sundar develops an obsessive romantic attraction to Radha, but she prefers Gopal, who is also in love with her. Yet, as Sundar has confided his feelings for Radha to him, Gopal decides to sacrifice his love for his friend's sake. (Source: Wikipedia) You can listen and subscribe to our podcast on iTunes / Stitcher / TuneIn or on YouTube. You can also listen to this episode right here on this player below.

The movie felt so indulgent - Tanvi

I would happily have her entire wardrobe from the movie - Flo

Many songs have become a parody and when you watch these movies, you realize they are not as caricature-ish as we have made them to be - Tanvi

That whole premise of the movie was so weak - Flo