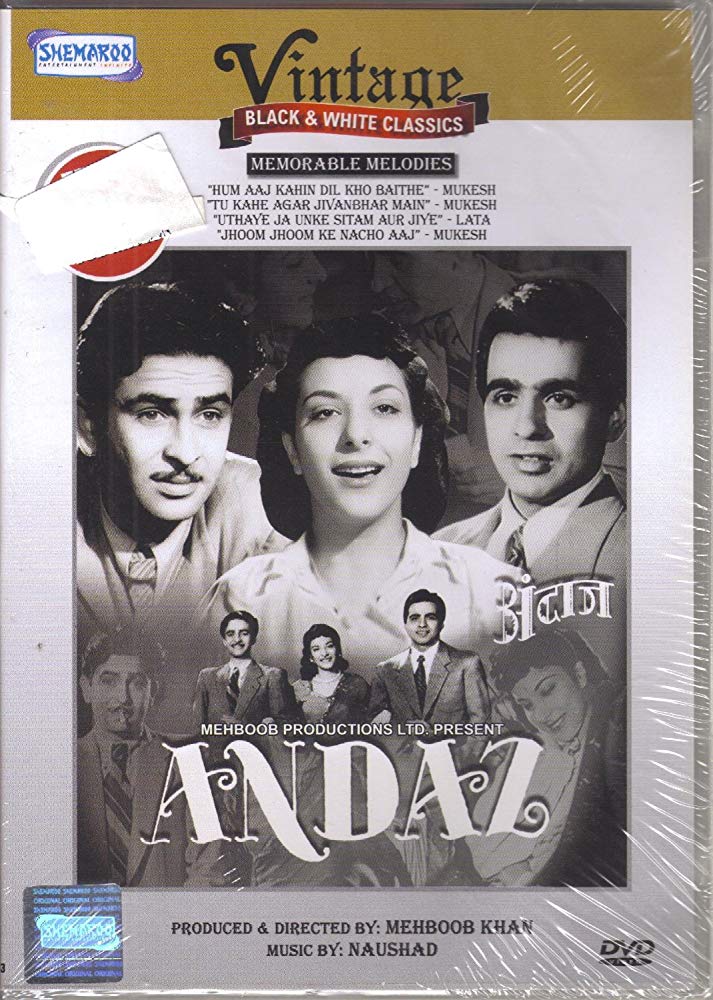 Andaz (English: Style) is a 1949 Indian Bollywood film, directed by Mehboob Khan, with music by Naushad. The film stars Dilip Kumar, Nargis and Raj Kapoor in a love triangle, with Cukoo and Murad in supporting roles. Nina (Nargis) is the rich and spoiled daughter of a rich businessman. One day while horse-riding she loses control of her horse and is rescued by a young man named Dilip (Dilip Kumar). Dilip falls in love with her but Nina is already engaged and gets married to Rajan (Raj Kapoor). Would this cause a strain in their relationships? You can listen and subscribe to our podcast on iTunes / Stitcher / TuneIn or on YouTube. You can also listen to this episode right here on this player below.

This movie released two years after the independence..let that sink in - Tanvi

The decor was so classily and elegantly done - Flo

And all of them talk to each other in riddles - Tanvi