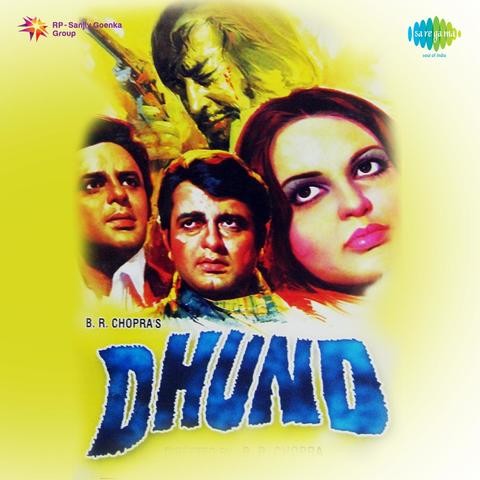 Dhund is a Hindi film directed by B. R. Chopra. The film stars  Navin Nischol, Sanjay Khan, Zeenat Aman, Danny Denzongpa, Deven Verma, Madan Puri, Navin Nischol and Ashok Kumar. On a dark and foggy night, a man's car runs off the road. Needing a phone, the man discovers a deserted house in the fog, where he finds a dead man and the beautiful woman who killed him. He is drawn to her, and instead of turning her in, he helps her evade the police, creating a story together. The story is truer than they realise, and someone is arrested for the murder. (Source:IMDb) You can listen and subscribe to our podcast on iTunes / Stitcher / TuneIn or on YouTube. You can also listen to this episode right here on this player below.
Podcast Episode Summary:

I felt there were too many loopholes in the story - Tanvi

OMG they had a three digit phone number ..aww - Flo

She's one of the very few actresses from that time, who I felt like wasn't comfortable in her sarees - Flo

They are my favourite kind of people...the one that are mad at the world for no reason - Tanvi