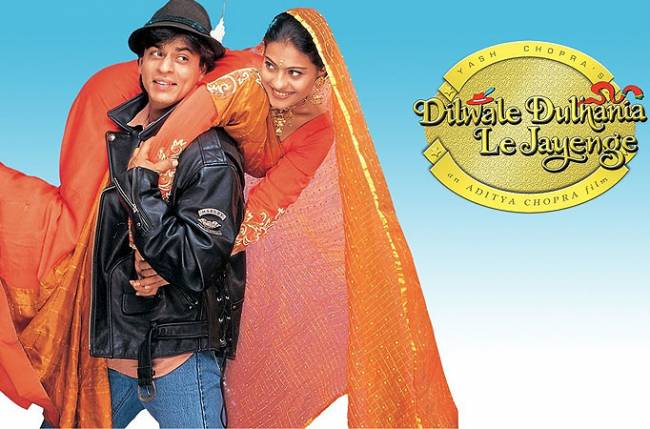 Dilwale Dulhania Le Jayenge - Directed by Aditya chopra and starring Sharukh Khan and Kajol, Dilwale Dulhani Le Jayenge is one of the greatest love stories ever told in Indian cinema. This movie changed the career graph of Sharukh Khan and catapulted him to the romantic hero of Bollywood that he is now. In this episode, we talk about the unusual colors Manish Malhotra used for Kajol's traditional outfits, how DDLJ was the first movie that exclusively catered to the NRI audience and hear us sigh..A LOT thinking about the charming Raj a.k.a Sharukh Khan.
You can listen and subscribe to our podcast on iTunes / Stitcher / TuneIn or on YouTube.
You can also listen to this episode right here on this player below.
Podcast Episode Summary:

•We talk about how Tanvi watched this movie for a month and a half..every single day

"This guy is a genius. Give him an oscar already..just give him whatever is the highest award" - Tanvi


"He charmed the pants off me " -Tanvi